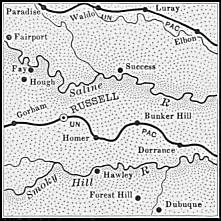 The post office was established on July 9, 1883, with the name spelled as Dorrence; it was changed later in the year to Dorrance. 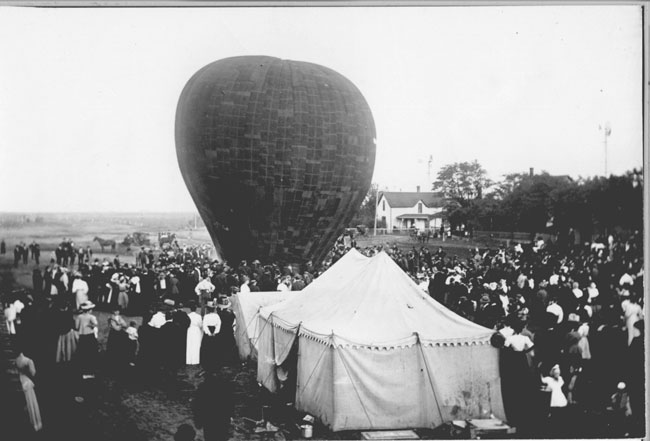 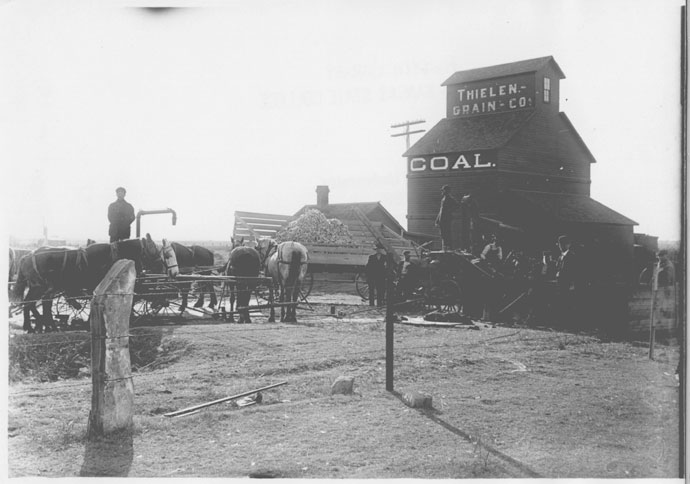 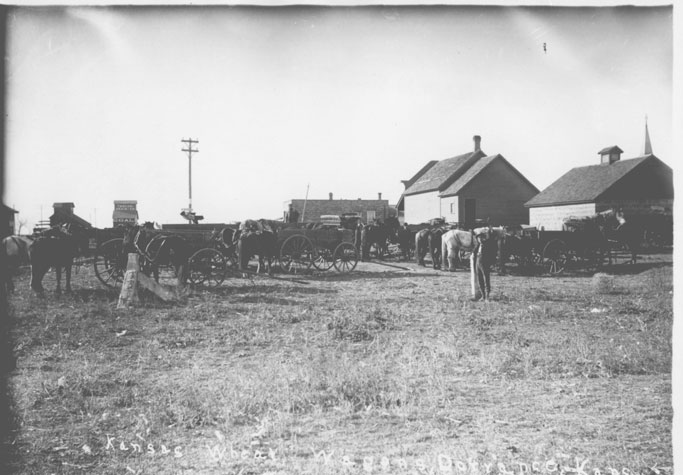 Organized on March 3, 1868, Russell County was named in honor of Captain Ava P. Russell, a member of the Second Kansas Cavalry. Captain Russell was killed in the Battle of Prairie Grove, Arkansas on December 7, 1862.

A. E. Mathews settled near Coal Creek on the Smoky Hill River in 1869, and he was most likely the first person to settle in the newly formed county. The following decade saw a population boom like no other decade since then. Russell County had 156 residents in 1870, and by 1880, that number had risen dramatically to 7,351 residents. During 1870-71, individuals or small groups were coming to the county to take stake claim on land. Several men located their sites along Wolf and East Wolf Creeks, but most of them returned to their homes back east. One of those men, John Deering, constructed a cabin on his claim.

In 1872, large groups of people began arriving and founded towns that were to become important in the settlement of the county. Russell, later to be named the county seat, was founded in 1871.

There was a county seat war, albeit a legal war, not a violent war like some counties to the south experienced. Bunker Hill, which had also been founded in 1871, was the contender with Russell for the county seat. The governor had designated Russell as the county seat in 1872, and an election was held on September 9, 1872, for the selection of county officers. More votes were cast in Bunker Hill then in Russell, thus giving the Bunker Hill residents the idea that the county seat should be in their town. Records were moved to Bunker Hill from Russell, making the residents of that town outraged. They refused to recognize Bunker HIil as the county seat. The four commissioners could net even set laws governing the county since two of them met in Russell and the other two met in Bunker Hill, and both sets refused to go to the other town for meetings. This went on for about 1 1/2 years, then another election was held on March 23, 1874, in which Russell came out the winner.

Dubuque was settled by Polish immigrants shortly after the Civil War.

A group of German-Russian settlers came to Russell County in December 1876 from a village called Kratzka in the Volga Region of Russia and settled south of Russell in the Smoky Hill River region. The men had built a hut and lived in it while working on their claims during the week, and on the weekends they went to a village that they had built for their families. The Homestead Act changed that lifestyle when it required that the settlers lived on their claims year round. They had to build homes on their lands, and once that was done, the little village disappeared. These German-Russians were of the Lutheran faith, and they were accepted by the others in the county after making an effort to learn the English language and customs.

Another group of German-Russians arrived in Russell County from Eckheim, Russia, in February 1878. They settled near the Kratzka colonists. Eckheim was about 50 miles from Kratzka in Russia.

Many more individuals and groups of German-Russian heritage continued to come to Russell County. A group who had gone to Mexico and found that it didn't suit them, came to Russell County in 1898. Most of these people were from Saratov, and others came from Samara and Bessarabia. Like their predecessors, they were of the Lutheran faith, although there were a few Catholics among them.

The German-Russians were industrious and hard-working people who played a huge role in the development of the area, both economic and agricultural.

Dubuque was first settled by Polish immigrants after the end of the Civil War. These immigrants came from Illinois, Indiana and Wisconsin. Immigrants from German-Russian colonies in Minnesota, Wisconsin, and Dubuque, Iowa came shortly afterwards.

The town became official in 1887, twelve years after a post office was established on February 17, 1879. As faithful Catholics, the townspeople built the first church about one mile south of the present St. Catherine Catholic Church in the early 1870's. The present structure was built in 1901.

There were only a few stores and the post during the 1920's when Dubuque began losing its people and its status as a trade center. The only remains of the town are the church and nearby cemetery.

Fossil Creek Station was established as a point to load rock used for construction along the Kansas Pacific rail line in 1867. It was named for a nearby creek. A depot was built, along with dugouts for the workers.

A group of people in Ripon, Wisconsin, established a colony on January 17, 1871, for the purpose of emigrating to Kansas. A small contingent of three men cam to Kansas in February and decided that the area around Fossil Creek Station would be a suitable place to settle; they sent for their fellow colonists who arrived at Fossil Creek Station on April 19, 1871. An election was held on May 2 to decide the name of the colony and Russell was the name picked by the majority of the settlers.