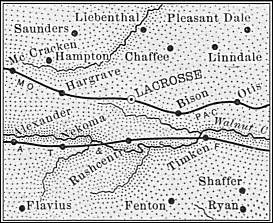 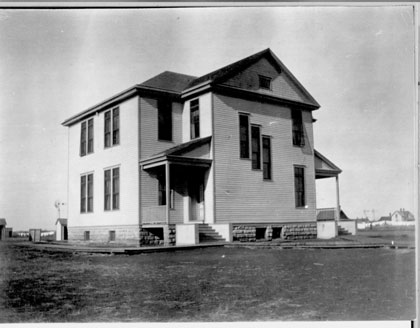 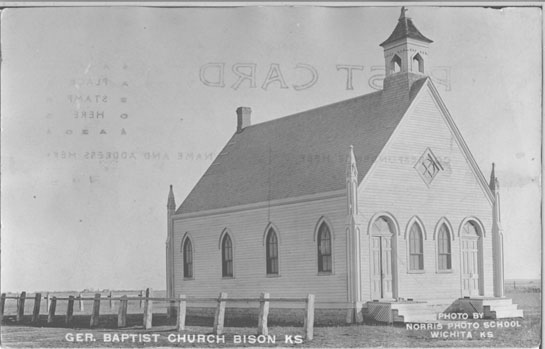 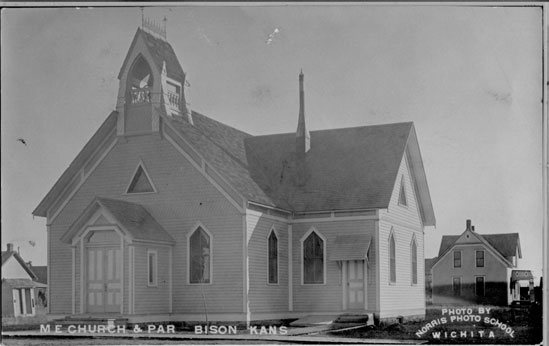 Otis is the eastern most town in Rush County. The people who settled in the Otis area were German-Russian Protestants. Before Otis became a town there was a German Protestant settlement called Scheuerman to the west and a settlement called Schoental to the north. German Protestants also lived in Olney, which was south of the site of Bison. Early groups to come to the Otis area included the Scheuerman, Brack, Wertz, Appel, Fuchs, Ochs, Miller, Krumm, Luft, Stang, Steitz, Hergert, Muth, Giesick, Hartman, Wirtz, Krause, Helin, Repp, Krunch, Ott, Schmidt, Moore, Rothe, Lebsack, Rudy, Kerb, Avis, Mootz, Rodie, and Sohm families. Their churches were Methodist, Reformed, and Lutheran.

The Scheuermans were prominent in the settlement of Otis. Heinrich and Conrad Scheuerman and their wives, Elizabeth and Catherine and their children arrived in 1876. Anna Marie Scheuerman immigrated with her mother, Anna Elizabeth (Daubert) Scheuerman and her brother George Scheuerman and his family. In April of 1878, Anna married John Rothe who had immigrated with his father, mother, and two sisters in 1875. Peter and Sophie Brack, Johannes and Justine Brack, and Philip and Marie Brack came to the United States in 1876 from Schoenfeldt, Russia. The oldest Brack brother, Henry, had died in Russia in 1865, but his wife Elizabeth and their children also came. The Bracks settled on farms to the north, east, and west of Otis. 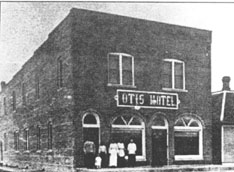 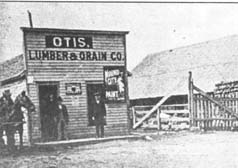 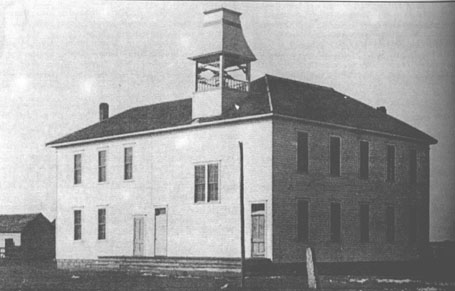 The first Volga German village to be established in Kansas was Liebenthal which was settled on February 21, 1876 by a group from Liebenthal, Russia; two more groups of Liebenthal settlers arrived in August and September of that year. The second group arriving in August came from Schoenchen, Russia. The September group came from Neu-Obermonjou, Russia. The settlers in the first group were named Herrman, Schaffer, Bollig, Beil, Bieker, Goetz, Lechleiter, Schuckman, Weber, Wolf, Zimmerman, Kreutzer, Waldschmidt, and Schoenberger. These Volga Germans were escaping a Russia that had become intolerant of them and whose ruler had broken the promises made to them a century earlier when they had migrated there from Germany.

As soon as they arrived, the settlers began work on dugout shelters with roof covers made from the trees that grew along Big Timber Creek. However, the settlers soon began quarrying and trimming the limestone that they found in the rifts in the land. They created a village of stone buildings that was very much like the villages they had left behind in Russia, centered on its church, and with front doors facing away from the streets.

Most of the people from the second and third groups of emigrants decided to move from Liebenthal. They established the town of Schoenchen in Section 28 of Ellis County. The others stayed and started plans to build their church beginning in 1877. The church, which measured 48x28 feet, was completed in October 1878, and it was first permanent church building in the Kansas Volga German settlements. A parish house was built in 1889, and the first parochial school was built in 1897. The original church building was later used as a school. The present church was built just to the west of the original church building beginning in 1902, and the dedication was on May 28, 1905.

A fire in 1917 gutted both the church and the parish house. A new parish house was built in 1918. The church was cleaned up and rebuilt following the fire and was dedicated on November 8, 1921.

Another fire damaged the church again on December 27, 1959. It was rebuilt in two years.

Liebenthal businesses included livery stables, general stores and blacksmith shops. A bank was organized in 1917, but it closed permanently after suffering financial problems during the depression in the 1930's.

The first parochial school was built in 1890 and classes were held in it until 1968 when the districts in the area consolidated. 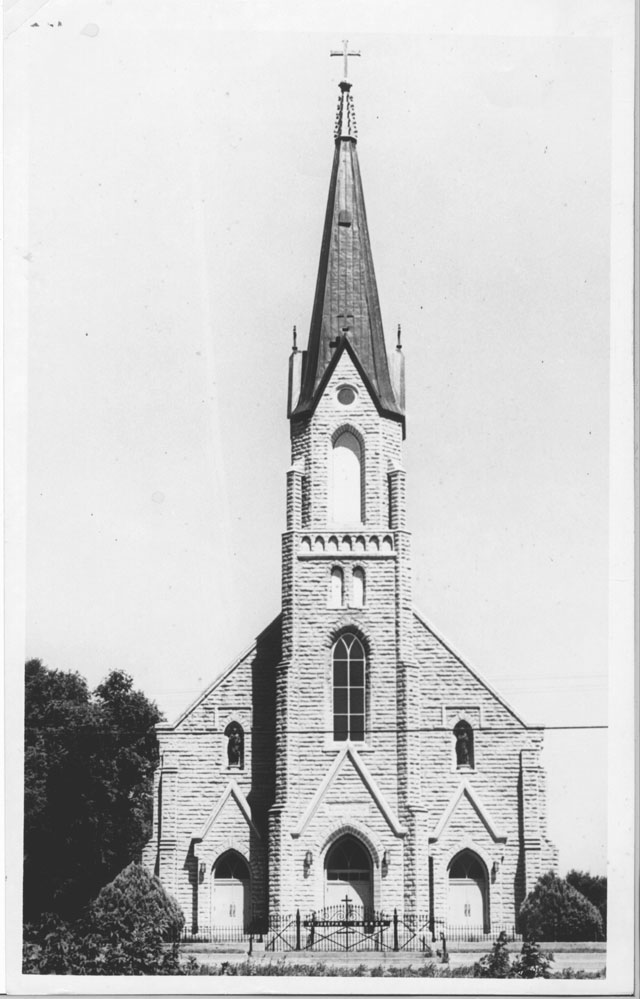 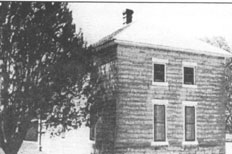 House built by Joseph Herrman in 1886 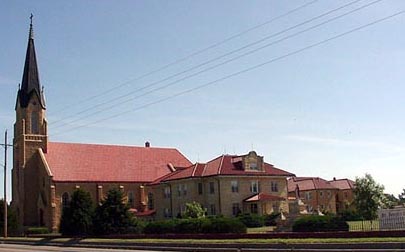 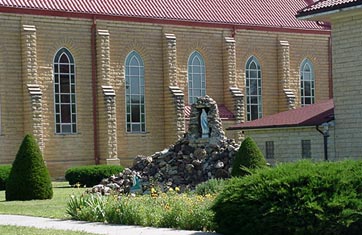 Grotto on the south side of St. Joseph Church

Rush County is named after Alexander Rush, who was a Captain of Company H, Second Colored Infantry. He was later killed on April 3, 1864, at Jenkins’ Ferry, Ark. On March 20, 1873, Rush County came into existence. The settlers who moved into Rush County had Czech, Volga German, German Russian, Swedish, Austrian, Canadian, English, Irish, Scottish, and Welsh ancestries. William Basham was the first settler to live within this territory in 1870. F.E. Garner built the first framed house within this territory soon after. From 1870 to 1880 the population of Rush County grew rapidly. In 1880, there were 5,490 residents of Rush County, a great deal more than that of the 1870 territory population. As the population grew within Rush County, many settlements arose to accommodate the different needs of the people. 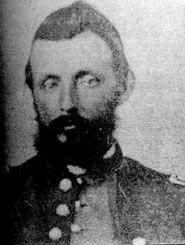 The village of Schoental was on Eagle Creek, four and one-half miles north and one and one-half miles west of what later became the site of Otis. There are a Schoental, a Schoenfeldt, and a Shoendorf closely located together in Russia in the area from which those who settled around Otis came. Schoental was a predecessor of Otis that did not survive after the railroad attracted settlement to the south.

The Evangelical Trinity Lutheran congregation was founded in Schoental by forty-seven families on February 14, 1877. The village of Schoental began to fade away in 1886 as the farmers abandoned the European tradition and moved out of the village to live on their homesteads. Some of these same settlers later established businesses in Otis. 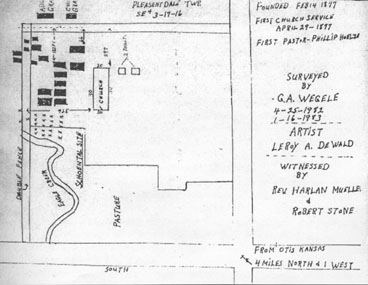 Immigration to the United States from Czechoslovakia began in the 1850's. The immigrants came to gain independence, land, and opportunity. After first settling in towns and cities because they were used to community life as opposed to unsettled rural areas, Czechoslovakians from both Bohemia and Moravia began to come to the open spaces of Kansas in 1875. Looking for land to homestead or buy from the railroads, they moved farther and farther west. In 1878, Joseph and Anna Schroter left Christa, Bohemia and came to the Timken area with their five children to settle on land that had been located for them by their oldest son, Joseph Schroter, Jr., who, with two of his brothers, Charles and Frank, had come to America two years earlier and had been working in Chicago. Jacob Method Pivoka and his wife, Antonia Dvorak Pivonka, came to Rush County in 1880 from Chrohenice, a small village in Moravia, Czechoslovakia. They settled first southeast of Rush Center, then moved to the Timken area. 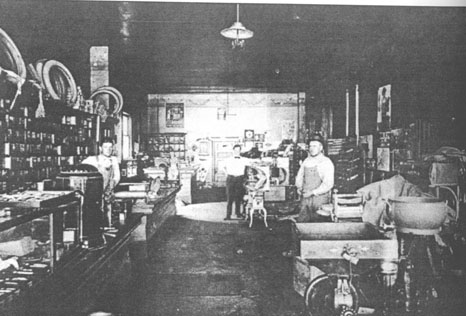 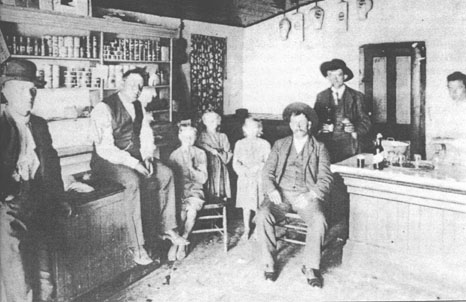 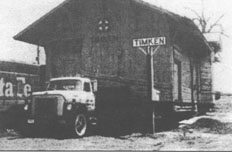