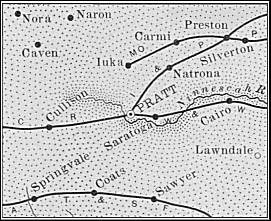 The Montefiero Agricultural Aid Society, located in New York, founded the colony of Montefiero in 1884. It was located in the Mount Nebo neighborhood of Pratt County 6 to 8 miles south and east of Cullison.

The colony started out with 15 Jewish families from Russia who arrived in the area in March of 1884. That fall they gathered their first harvest, and a schoolhouse and a sod synagogue had been built.

Within the first year the colonists came to terms with the fact there was not much timber in the area, and due to a lack of measurable rainfall, little water was available. The colony disbanded in 1885 and some colonists went back east to New Jersey, and the rest went to Lasker in Ford County.

Immigrants from Saxony (Germany) began purchasing land in the north-east part of Pratt, County, Kansas, in the middle of the 1870's. Having survived the Franco-Prusian War many wished to leave such conflicts, and upon reaching the West, settled first at Ellsworth, Kansas. The migrating birds feasting near the Cheyenne Bottoms destroyed their crops, so they moved south into Pratt County. Additional families soon followed, and the community organized and centered their lives, their German language, and culture around the St. Paul's Lutheran Church. From the beginning of the settlement the church established a school for their children to maintain their faith and religion. A special building was erected in 1910 to house this parochial school with its full curriculum for grades one through eight. For many years the Catechism, Bible lessons and class lessons were taught in the German language. During World War I, to keep a lower profile, the language teaching was discontinued, and the school closed. Re-opening in 1924, it continued until 1968.

In 1887 two men from Pratt plated the town of Natrona (for a short time re-named Olympia from 1903 to 1914), and the church is located there. The town never developed beyond a few frame buildings. The exact location was "the North-East quarter of Section Seven, Township 27 and Range 12 West of the Sixth P.M., and part of the North-West quarter Section Eight, the said Township" Pratt County, Kansas. The Post Office was withdrawn in 1914. 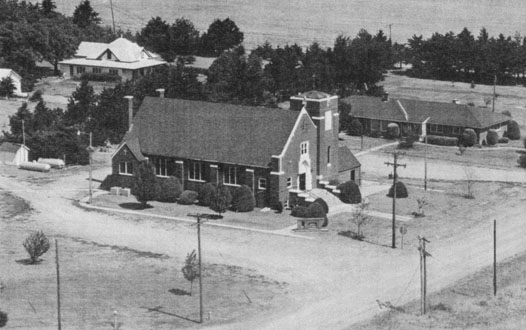 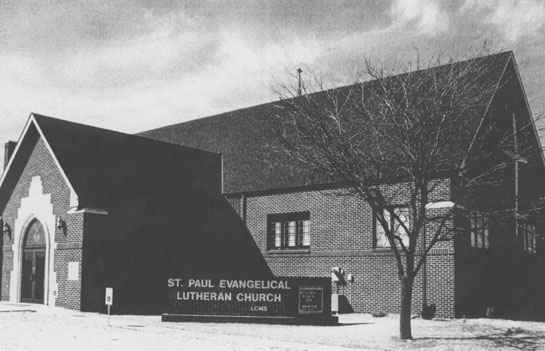 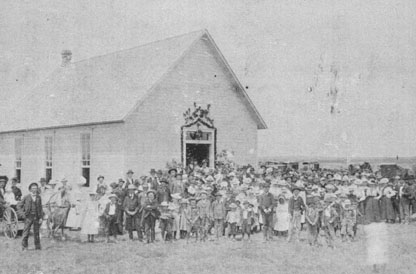 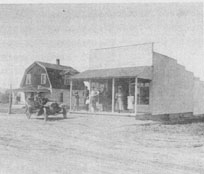 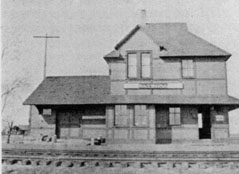 Most of the settlers that resided within Pratt County were from Iowa, Illinois, Indiana, Kentucky, etc., and a few from England. In a certain area of Pratt County a German community started that was originally named Olympia (1903-1914). Olympia became Natrona which is believed to have been the only non-English speaking community in Pratt County. A Jewish Agricultural colony named Montefiero was established in the Mt. Nebo area south of Cullison. 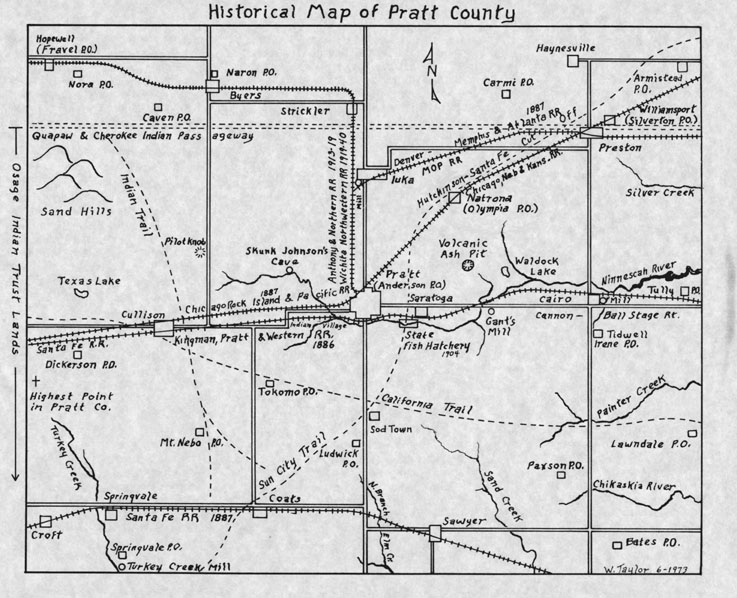