This guide provides information on how to complete the metadata project in Advanced Comp. This project is a cooperation between Dr. Cheryl Duffy and Elizabeth Turner, Digital Curation Librarian at Forsyth Library.

What if I have questions about metadata? 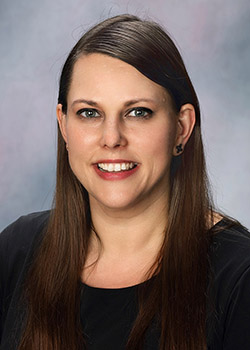 In this project, students will be given a list of undescribed digital photographs from the George F. Sternberg Digital Collection. These images have been scanned from the George F. Sternberg Collection held by the University Archives. These images are significant as they serve as both a primary source for Sternberg’s paleontological discoveries and as a source for the history of Fort Hays State University.

Students will be tasked with creating 100-150 word descriptions that will aid users in searching for and finding photographs in this digital collection.

Students will receive their project spreadsheet by email. You may download the instructions for the project, description training document titled "Creating Descriptions", and the description rubric below.

Background on the Collections

The George F. Sternberg Digital Collection features photographs dating from approximately 1906 through the 1950’s. The photos are housed in the University Archives as part of the George F. Sternberg Collection. Iconic images of the fourteen-foot Xiphactinus with a six-foot Gillicus fish it had swallowed, more commonly known as the “Fish within a Fish” fossil, are featured in this collection. Other photos reference George’s time in Canada and Patagonia, as well as Wyoming and other places in Kansas. These collections are heavily used by historians and students in the geosciences.

George F. Sternberg was born on August 26, 1883 in Lawrence, Kansas to Charles and Anna Sternberg. He married Mabel Smith on December 31, 1907 and they had three children: Charles W., Margery Anna, and Ethyl May. Charles and Mabel were divorced in 1926. George married Anna Gertrude Ziegler, a widow, on October 11, 1930. He died on October 23, 1969 in Hays, Kansas and is buried in Mt. Allen Cemetery.

In 1892, when George was 9 years old, he collected his first notable fossil, which was a complete plesiosaur. In 1908, he discovered a Triceratops in Wyoming. He spent a number of years in the Red Deer River Valley in Alberta, Canada. George spent the years 1924-1925 in Patogonia in South America doing research for the Field Museum of Natural History in Chicago.

Sternberg was already a well-renown paleontologist following in the footsteps of his uncle, Dr. George Miller Sternberg, and his father, Charles Hazelius Sternberg, when he was hired by the Kansas State Teachers College at Hays (now Fort Hays State University) as curator of its museum in 1927. He retired from the museum in 1962.

As the museum curator, he changed its mission from in-house use only to developing public and educational programs to get people of all ages involved in paleontology. He would take faculty members, college students, and elementary students on paleontological digs in Western Kansas, mainly in the Castle Rock area of Gove County.