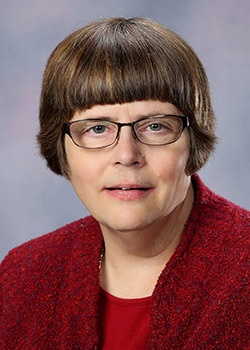 The Special Collections Research Guide is your source to finding information about the history of Kansas, the history of Fort Hays State University and the history of the Volga Germans who settled in this area. Please contact me if you have any questions.

More information regarding Special Collections can be found at our webpage: https://www.fhsu.edu/library/specialcollections/index

Bibliographies of materials located in the Special Collections and the Center for Ethnic Studies.

The archives of the Smoky Hill Trail Association are located in Room 112. Not officially part of Forsyth Library's holdings, the materials are owned by the Smoky Hill Trail Association which asked for a designation place to hold their archives. Most of the materials are available for the public to view and do research with. Materials in the collection include maps, books, articles, pamphlets, conference materials, and meeting minutes.

Great Plains Collection If you like researching or reading about Kansas, then you will feel at home here. This collection contains fiction and nonfiction material about Kansas and the American West. Topics include railroads, the cattle trade industry, cowboys, Native Americans and frontier life. The Elmer and Eartha Pugh Trust Fund provides a wonderful opportunity for us to add new materials to the Great Plains Collection. Their generosity is appreciated.

Cecil B. and Laura G. Currey Archive of Military History Includes the personal papers and library of Dr. Cecil B. Currey, a FHSU graduate who retired in the late 1990's from the University of Southern Florida where he was a professor of history. Most of the items pertain to military history with an emphasis on the American Revolution, Civil War, World War I, World War II, the Korean War and the Viet Nam Conflict. Mr. Currey also donated his personal library of over 800 books to the Archive, including 16 titles he wrote or co-wrote. The subjects within the library range from Benjamin Franklin to World War II to the Viet Nam Conflict.

Research Files in the Currey Archive

“C” Collection Rare books in the “C” collection consist of materials separated from Forsyth Library’s General Collection because of scarcity or exceptional format. Books in this area cannot be checked out. This collection is located in the Special Collections, Room 122.

Genealogy Collection This collection was owned by the Fort Hays Genealogical Society, which is now defunct. The items cannot be checked out and are located in the Center for Ethnic Studies.

Center for Ethnic Studies The CENTER FOR ETHNIC STUDIES is housed in a separate room on the main floor of Forsyth Library. The Center focuses on the heritage of the Volga Germans who settled in the area in the late 1800's. The collection contains a variety of pertinent reference works, bibliographies, and specialized studies, as well as pamphlets, journals, newspapers and dissertations published in the United States and abroad. General histories, church histories, parish registers, family histories, diaries and genealogies, obituaries, works on folklore, folk music and art make up the core of the collection. In addition, the collection contains numerous maps, photographs of bridal couples and of individuals and groups, as well as several video documentaries and recordings of folk music and of interviews.